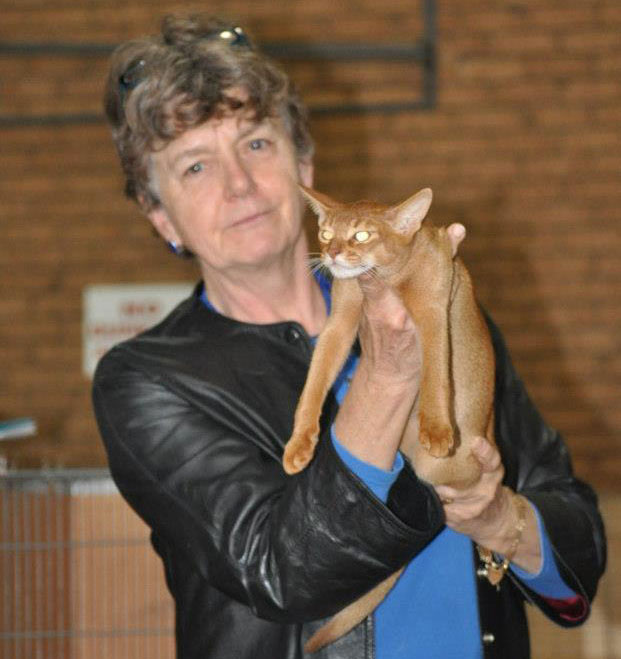 I have always had cats, firstly moggies then my father bred Seal Point Siamese. I met a pair of Burmese in the early 1970's and fell in total love with them, specially the Blue Burmese. When I settled down in Sydney I went in search of a Blue Burmese and ended up with a Lilac and Chocolate – they converted my partner Don to cats and in particular Burmese. He in turn converted me to Labrador Retrievers. We moved out of the city to Moss Vale, we had space and time so I commenced breeding and showing in 1987 under the prefix Bima. I breed all colours of Burmese and love them all but my favourites are blue, red and blue tortie. This led to stewarding which gave me a love of many other breeds and in 1994 I commenced a judging course. I completed Group 2 in 1996, Group 3 in 1998 and in 2009 completed Group 1. I have judged in most states of Australia as well as in New Zealand. I have been involved in clubs as club secretary, committee member and am currently President of the Burmese Cat Society of Australasia. I have experience as show manager as well as working in card rooms and trophies, also lots of experience setting up and pulling down shows. In my other life I am a registered nurse and midwife and currently work in a neonatal nursery. I have experience in management, aged care, education, women's health, aboriginal health, community health and paediatrics. My other interests are gardening, patchwork and quilting.