Origin of CCC of A

Because of the unsettling influence this division was having on the Australian cat fancy generally, It was felt that the time was right for the RAS Cat Club (Control) to take the initiative and call all the control bodies together in an endeavour to establish a national council acceptable to all. Accordingly, in 1974, with the support of the Governing Council of the dog and cat section of the Royal Agricultural Society of NSW (RASCC), invitations were issued to all control bodies in Australia to attend a meeting to take place during the course of the Royal Easter Show on March 27 1975.

Although all control bodies sent representatives to this meeting, that was chaired by Mr Wynne, nothing conclusive was achieved Then, in 1978, in response to requests from cat control bodies in other States, it was felt that a further attempt should be made to establish a national council. After discussions by the consultative committee, a recommendation was made through the minutes that the RASCC supported the calling of a meeting of all the cat control bodies in Australia, with a view to forming a national council that would be a recommendatory body only.

Accordingly, the chairman of the Governing Council, A Howie and the director of the RAS of NSW, Major General CMI Pearson, met with the consultative committee on December 5th 1978, to discuss the feasibility of calling such a meeting to decide what controls would be invited , and to work out how it would be conducted and what would be proposed for discussion.

Mr Wynne had drafted a proposed constitution, tentatively named the Australian Cat Council, with the view and suggestion that this would provide a basis from which to work. It was agreed that a copy of the proposed constitution should be sent with a letter of invitation to the various cat control bodies. Council approved of the proposals and pledged the society a support in regard to venue, catering and financial assistance in connection with air fares for delegates from the Northern Territory and Western Australia.

The meeting was set for February 17th 1979. Nearly all control bodies in Australia responded and sent delegates or observers. Because of his long association with the Cat Fancy in Australia and his knowledge of the personalities involved, Harry Wynne was chair at this meeting.

Full attendance list and matters discussed are contained in the official minutes of that meeting. The proposal to establish a national recommendatory body, to be known as The Co-ordinating Cat Council of Australia was carried. It was established that only those controls with a firm commitment to CCCA would send delegates to the next meeting and that such controls would be foundation members.

The next meeting, to be known as the Second Inaugural Meeting of the Co-ordinating Cat Council of Australia, was held in Sydney at the RAS showgrounds on August 11th 1979, and was attended by delegates representing 5 control bodies. They were: the RAS Cat Club of NSW, the Council of Federated Cat Clubs of Queensland, the Queensland Independent Cat Council, the Governing Council of the Cat Fancy in Victoria and the Murray Valley Cat Authority.

The first few meetings were, in the main, taken up with revising the original proposed constitution, the final draft which was ratified at the meeting held on August 2nd 1980. From that point to the present time, delegates from the various member controls have met twice a year, usually in February and August and gradual progress has been made , particularly in the area of registrations and pedigrees. Hopefully in the future the dream will become reality and the ultimate goal of its initiators will come to pass through the Co-ordinating Cat Council of Australia - a uniform policy for the conduct of shows, appointment of judges, registration of cats, definition of classes and the awarding of championships, to make life easier for the exhibitors and breeders of cats in Australia.
(Information supplied by Dawn Newman) 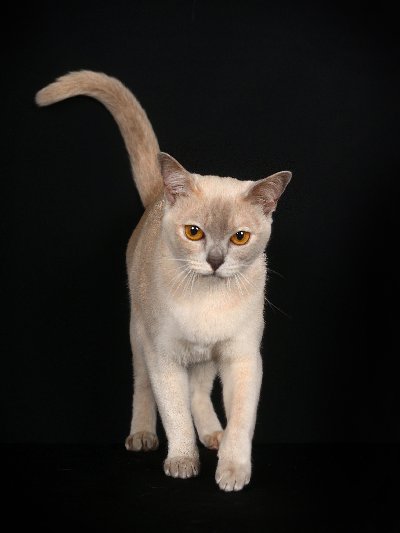