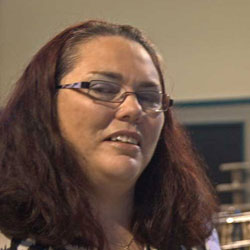 Having been introduced to the cat fancy from birth, I guess it was inevitable that I would find myself part of the greater cat world later in life. I can remember the days of the closed shows, where everyone was locked out during judging and only allowed back in when the Judges had finished in the afternoon, to find out whether your prized “puss” had done you proud. I do enjoy the open shows as well though, where the Judges comment on the exhibits as they go – makes for an exciting day.

Currently, I breed the gorgeous Burmese & Mandalay under the Jovelles prefix along with Chris & Terry Merritt. I also play an active role in the Carinya British breeding program. My greatest breeding success was winning Group 3 Kitten of Year with CCCA Ch, BDGC Nevaska Dream Start – Devon Rex as well as several Best of Breed Exhibits of Year with the Devon Rex.

While my 3 desexed girls are now too old to be on the show bench, I take absolute joy in showing our Jovelles & Carinya children to their very best potential.