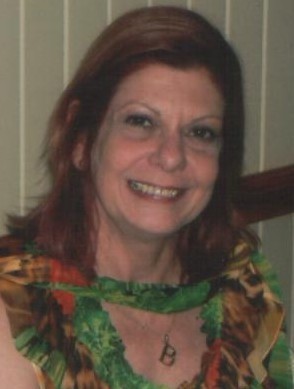 Bernadette is the author of more than 80 publications relating to education, tertiary entrance, secondary–tertiary links, strategic planning, Turkish Vans, and a wide range of feline matters including the introduction to, and much of the content of, the websites of two Queensland councils. She revised the content and format of the ACF Inc. website a few years ago and has also worked on another national website revision. She is the editor of a similar number of publications, particularly research reports on educational matters. Bernadette has been the co‑editor of the ACF Yearbook since 2012 and played an increasing role year by year. In 2017 and 2018 she was the major compiler and editor of that publication. She is regarded by her peers as an outstanding writer and a pedantic editor.

Bernadette has organised, and presented at, many successful conferences and seminars on secondary education, tertiary entrance, competency–based learning, community–based learning, recognition of prior learning (RPL) and multiple transition pathways, as well as feline matters over the last 40 years.

Together with her spouse, Ian Honour, Bernadette has bred and exhibited many cats of the year in the Turkish Van, Oriental and Siamese breeds. In particular, (ACF Nat. Pr., ACF AoE Diamond, CFCCQ Platinum DGC, QICC Argyle DGC, FCCQ Ruby DGC) Byanda Ricardo Carlos Manoso (known as Ranger) was the Best All–Breed Alter at the 2011 National Show held in Brisbane, following selection by a panel of international judges from Austria, Japan, the United States of America, and South Africa. Likewise the unforgettable silver spotted Oriental, Byanda Tail of the Century (known as Olivia), was a multiple cat of the year winner over several years and entranced all those who knew her. After a carefully planned showing campaign of her offspring, Sabrina Fairchild of Byanda was awarded a DM (a Distinguished Merit title).

In the Turkish Van arena, PDGC Vanwillow Wonder Woman was the first CCCA Champion Turkish Van and won the first ACF AoE on the mainland. Vanwillow Warrigal Wonder (known as Gordon and living happily as a neuter at nearly 14 years of age) was a brilliant show cat as an entire male, including winning Group One Cat of the Year in 2007.

In addition to her activities in the “cat world” Bernadette is a Director on the Board of an ABN–registered business. Again, she has completed and revised the strategic plan for that organisation, monitors and contributes to its website, and formulates the monthly action plans arising from Board meetings. She finds her involvement in a field that is significantly different from those areas in which she has previously worked, both as an employee and voluntarily, intellectually stimulating and broadening her knowledge of yet another activity area.